From 18 to 21 September 2022, ICCA held its 25th Congress in Edinburgh, Scotland. And what a Congress it was! Delayed three times in the span of two years due to pandemic restrictions, ICCA Edinburgh ultimately attracted some 80 speakers, 50 exhibitors and over 1,300 delegates, making it the most-attended Congress in ICCA Congress history.

Devised by the Congress Programme Committee, the theme of the Congress was ‘Arbitration’s Age of Enlightenment?’, chosen to highlight the progress of international arbitration as a field of international dispute resolution and formulated as an invitation to exchange new ideas. Over the course of three days, delegates attended a variety of panels, ranging in topics including the current state of international arbitration and the biggest challenges it faces today, the cross-fertilization of arbitration with other disciplines, regional perspectives from Africa, the Americas, Asia, Europe and the Middle East, and the future of investment arbitration. Several panels were adapted to take into account the events of the last two and a half years, namely the impact of emerging technologies on the practice of arbitration. And Monday’s programme paused to allow delegates to watch the televised State Funeral for Queen Elizabeth taking place on that day.

The opening keynote address on the Monday morning was delivered by prominent former Canadian diplomat, Supreme Court Justice, High Commissioner for Refugees and Chief Prosecutor for the Yugoslavia and Rwanda Tribunals Louise Arbour, who spoke of international arbitration from an outward perspective as an instrument of justice, which ‘participates in the larger enterprise of social stability, progress, prosperity and peace’. On Wednesday afternoon, the closing keynote address was given by Lord Carloway, Lord President of the Court of Session and Lord Justice General of Scotland. Lord Carloway spoke on the role of the Scottish courts in arbitration, with references to the ideas shared by speakers throughout the various Congress panels. 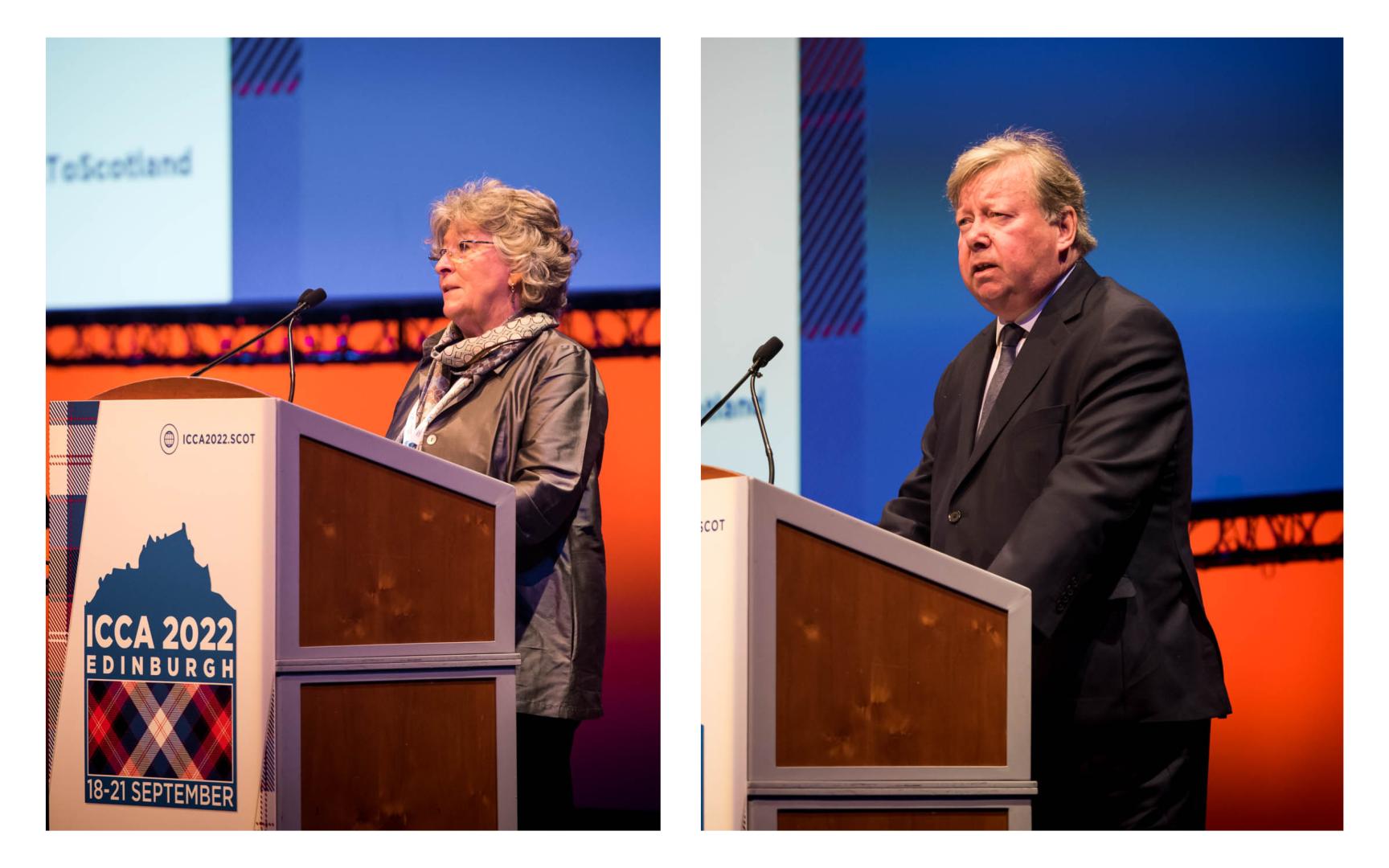 ICCA Congresses are also an opportunity to socialize with colleagues old and new, and experience the local culture of the Congress hosts. This Congress was no exception. The official Opening Ceremony on Sunday night began with a pipe band, followed by words of welcome from Brandon Malone and Lord Glennie (outgoing and incoming Chairs of the Scottish Arbitration Centre, respectively), ICCA President Lucy Reed and ICCA Immediate Past President Gabrielle Kaufmann-Kohler. The evening ended with a show-stopping performance by Gaelic folk singer Julie Fowlis. 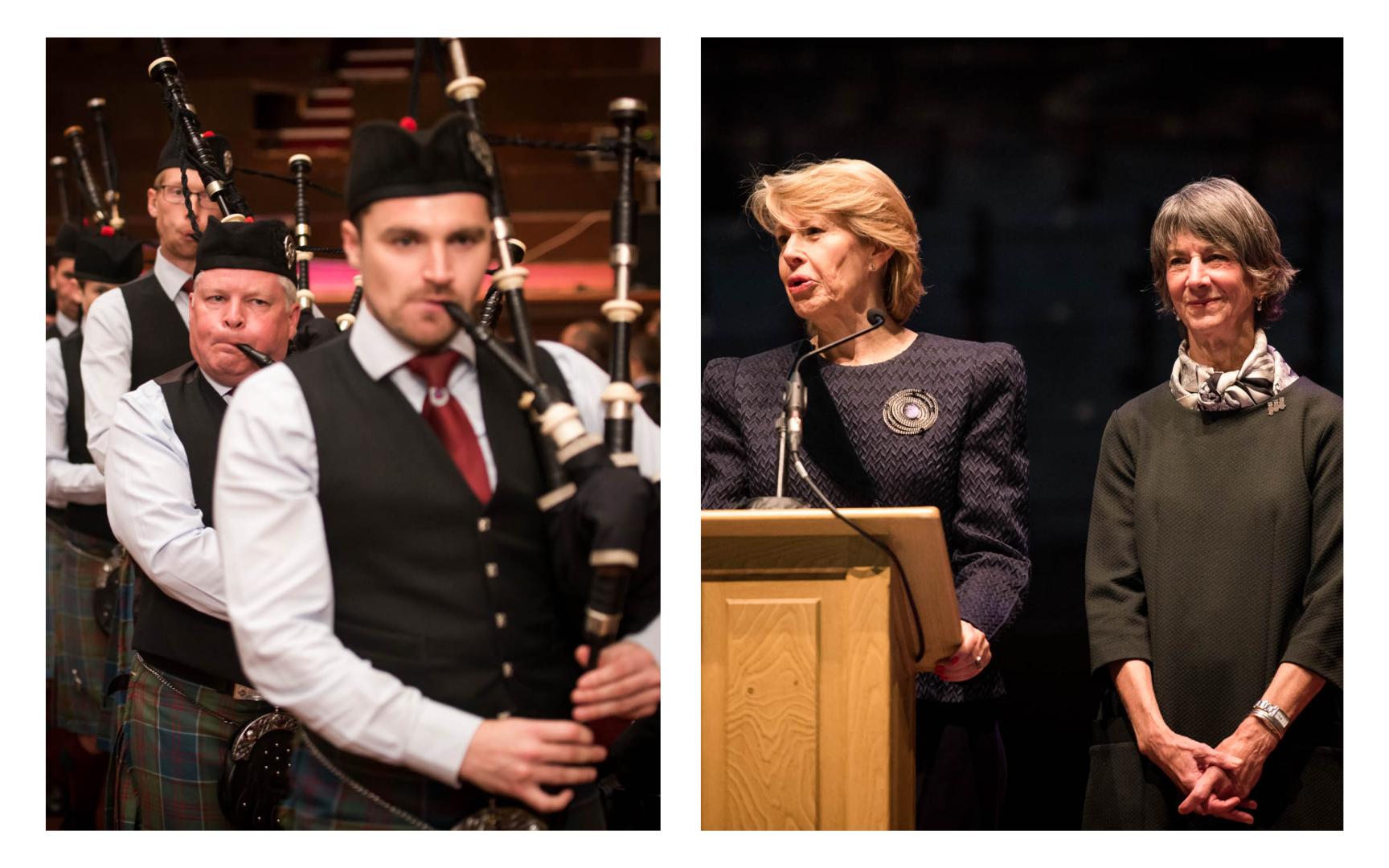 At the Gala Dinner hosted a few nights later at the National Museum of Scotland, delegates were treated to an evening of Scottish gastronomy and culture, beginning with an ‘Address to a Haggis’ recited by Brandon Malone as an ode to the haggis, Scotland’s national dish (which was also served as the dinner’s first course). After dinner, delegates danced to the music of the Red Hot Chilli Pipers, a Scottish rock bagpipe band known for their fusion of traditional Scottish music with rock and pop anthems, followed by a traditional ceilidh that kept delegates moving well into the evening! 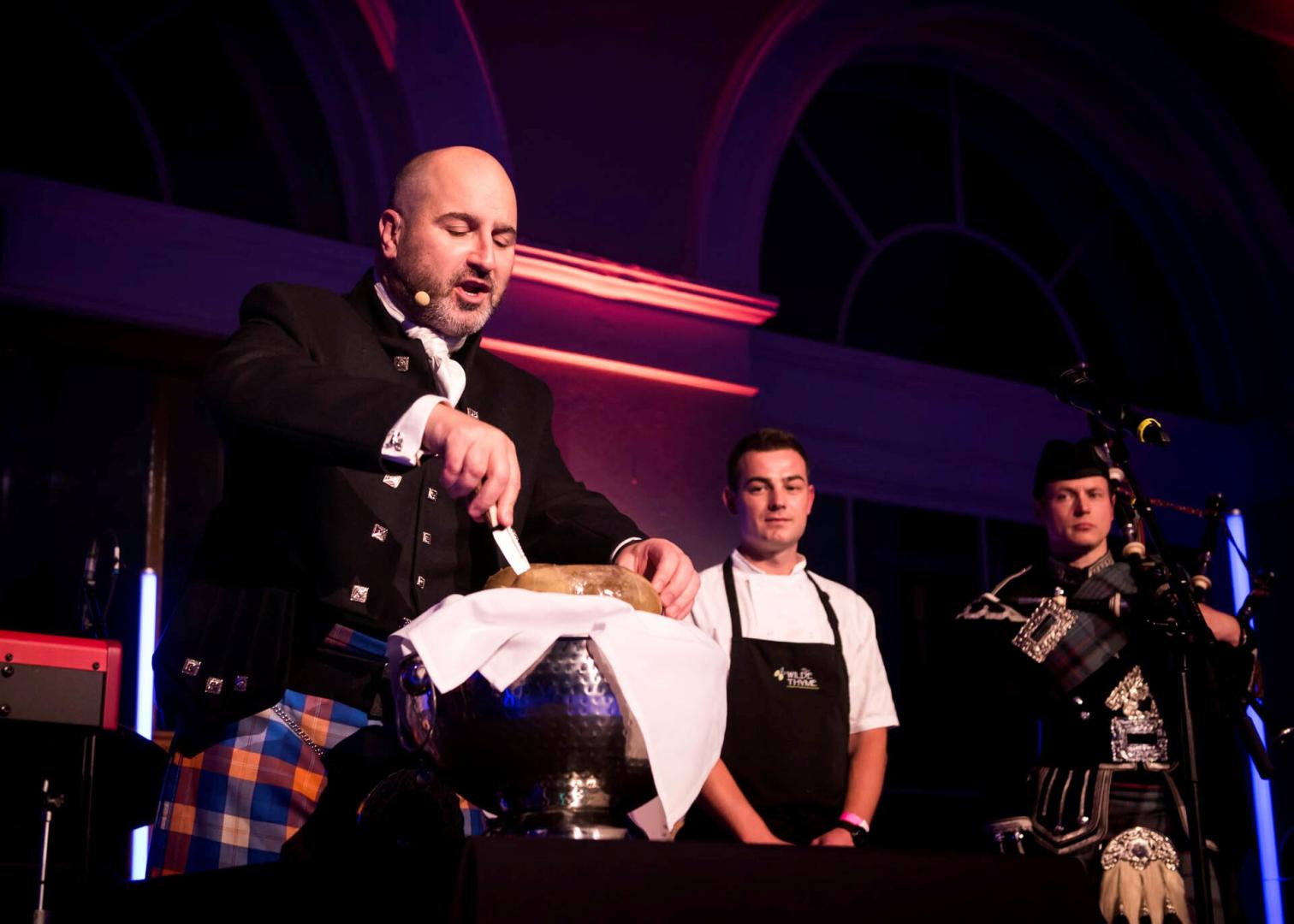 Finally, for the first time at an ICCA Congress, nineteen ICCA and Young ICCA members received funding through the ICCA Inclusion Fund to travel to and attend the Congress. The Congress also showcased ICCA’s other diversity initiatives geared towards younger practitioners, including the ICCA Guillermo Aguilar-Alvarez Memorial Prize, the ICCA Johnny Veeder Fellowship Programme, a Young ICCA Mentorship Programme lunch and Young ICCA event, and the Young ICCA Essay Competition.

For those who could not attend ICCA Edinburgh in person, ICCA will be making all recordings of the Congress available on our website in the weeks to come. In the meantime, readers can find daily round-ups of each Congress day published as part of a special ICCA Edinburgh Congress series on the Kluwer Arbitration Blog.

In closing, ICCA President Lucy Reed stated, “The Congress in Edinburgh surpassed all of our expectations. Based on countless positive comments, it was substantive, energetic and fun from start to finish – and a long-awaited opportunity to see each other again. I cannot offer enough thanks to our creative and patient Host Committee, Program Committee and ICCA Bureau staff for all they did to make Edinburgh as enlightening as it truly was. But I will say it once more, on behalf of all ICCA leadership – thank you!”

ICCA's heartfelt thanks go to our Congress partners Andrew Mackenzie, Brandon Malone and the Scottish Arbitration Centre for making the 25th ICCA Congress a resounding success. ‘Haste ye back!’, as Brandon stated in a separate post, inviting the Congress delegates back to Scotland soon again. ICCA is confident that the arbitration community will continue to ‘look to Scotland’ in the years to come.

The next ICCA Congress will take place in Hong Kong from 5-8 May 2024. Stay tuned for registration details coming soon!

ICCA is pleased to announce that the second ICCA-Guillermo Aguilar-Alvarez Memorial Prize is now officially open for entries.

ICCA is looking for a Fellow to work from its headquarters in The Hague from March 2023.

The 2022 volume is available in print as well as online on the KluwerArbitration database.
View all news