In December 2016, ICCA and ASIL joined forces to establish the ICCA-ASIL Task Force on Damages to address an issue of particular importance in the field of international arbitration: quantification of damages. The Task Force brought together a panel of leading legal and economics experts from jurisdictions across the globe to think creatively about how to promote consistency and rigor in the field’s approach to damages. In November 2021, the Task Force released DIA (Damages in International Arbitration), which provides the arbitration community with practical guidance on this topic.

DIA is an interactive web application that provides practical guidance on the key legal, quantitative, and procedural issues implicated by quantifying damages in international arbitration.

A link to the web app can also be downloaded to appear on the home screen of your smart phone by visiting the app on your phone and using the share button to ‘add to home screen’.

Watch the introductory video to the DIA (Damages in Arbitration) app here. 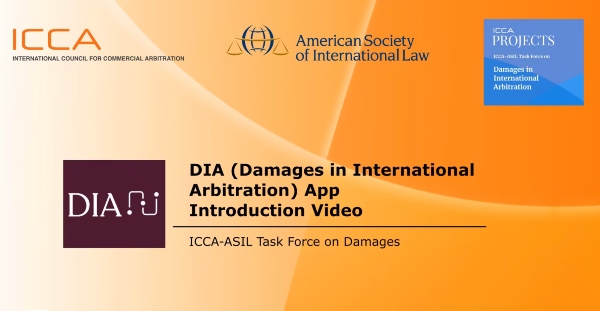 Co-chairs of the Damages Task Force

The ICCA-ASIL Damages Task Force has held a number of seminars and events to present and discuss its work including two webinars to soft launch DIA (Damages in International Arbitration).

The first of these events was a seminar held in Washington D.C. on 11 April 2017, followed by another seminar in Hong Kong on 15 November 2017. At these seminars working groups led by Task Force members focused separately on legal, procedural and financial issues associated with damages in international arbitration.

At the ICCA Congress in Sydney on 16 April 2018, the Task Force hosted a breakfast where a prototype for the electronic damages tool was debuted. A second breakfast event was held on the occasion of the IBA Annual Conference in Rome on 9 October 2018.

Most recently, the Task Force presented the web application DIA in an online soft launch. The webinars feature demonstrations on how to use the app and can be watched below.

See below for reports, footage and photos of these events.

Damages Task Force Breakfast at the ICCA Congress in Sydney

On the morning of Monday, 16 April 2018, the ICCA-ASIL Task Force on Damages debuted to a packed room at the ICCA Congress in Sydney its damages electronic tool prototype. The first of its kind, the electronic tool is a web-based app designed to assist arbitrators and practitioners alike in developing a consistent and rigorous approach to damages in international arbitration. The app comprehensively and interactively maps out the various legal, financial, and policy concepts and issues that arise in damages. Harnessing the advantages of technology, the app allows users to navigate between these different damages concepts and visualize how they link and relate to one another. The Task Force sought and obtained crucial feedback from participants, which will be incorporated into subsequent iterations of the prototype.﻿

On 9 October 2018, on the occasion of the IBA Annual Conference in Rome, the ICCA-ASIL Task Force on Damages held a one-hour seminar on its ongoing work on an app to assist practitioners and arbitrators with developing a consistent approach to damages. The panel was composed of Co-chair Gabrielle Nater-Bass, Task Force members Hilary Heilbron, Kathleen Paisley, Adriana San Roman Rivera, Thierry Sénéchal and Rapporteur Stefanie Pfisterer. The Task Force further includes Co-chair Catherine Amirfar, Task Force Members Olufunke Adekoya, Sarah Grimmer, Mark Kantor, Alexis Maniatis, Irmgard Marboe, Chudozie Okongwu, Patrick Pearsall, Guido Tawil, Jennifer Hall Vanderhart, Swee Yen Koh and Karim Youssef and Rapporteurs Sonia Farber and Christel Tham. The seminar discussed the genesis and purpose of the app: to create a free resource for practitioners across the globe, and serve as a guide on the core concepts in damages, especially on tricky or even undecided issues. The panel demonstrated through a prototype of the app how it can assist practitioners in strengthening their understanding of various concepts related to damages, identify thorny issues, and locate sources for further research.﻿

A full day seminar was held at HKIAC’s offices and attended by Hong Kong and other Asian-based practitioners and experts in international arbitration. Matthew Gearing, QC, Chairperson of HKIAC, delivered the keynote address.

Catherine Amirfar presented the Task Force’s mandate and discussed the lifecycle of a typical damages case. She and Gabrielle Nater-Bass then discussed some of the most challenging legal issues concerning damages in international commercial and investment arbitration. Others members of the Task Force, Swee Yen Koh and Sarah Grimmer, next addressed procedural issues related to damages: the bifurcation of proceedings and the use of tribunal appointed damages experts, respectively. Finally, Kathleen Paisley and Alexis Maniatis identified key issues concerning different damages valuation methodologies.

Following the presentations, seminar attendees participated in three working groups led by Task Force members focused separately on legal, procedural and financial issues associated with damages in international arbitration. During the working groups, attendees were invited to share their knowledge and experience as regards challenges in the proper assessment of damages as well as potential solutions to those challenges.

The Task Force is grateful to the attendees of the Hong Kong seminar for their insights which will assist the Task Force in developing its damages tool.

On 11 April 2017, the Joint ICCA-ASIL Task Force on Damages in International Arbitration (Task Force), co-chaired by Catherine Amirfar and Gabrielle Nater-Bass, convened to present its ongoing work to promote consistency and rigor in the quantification of damages in international arbitration. The Task Force aims to develop a damages tool of practical application. Participants were invited to assist the Task Force in identifying legal and policy gaps and inconsistencies and to comment on the Task Force’s work to date.

The seminar began with opening remarks by ICSID Secretary General Meg Kinnear. This was followed by a morning session, during which the Task Force Co-chairs, Catherine Amirfar and Gabrielle Nater-Bass, along with some of the Task Force Members, including Sarah Grimmer, Hilary Heilbron, Swee Yen Koh,  Mark Kantor, Alexis Maniatis, Irmgard Marboe, Kathleen Paisley, Patrick Pearsall, Adriana San Roman, Guido Tawil and Jennifer Vanderhart, provided participants with a better perspective of damages by illustrating the lifecycle of a damages case and sharing the Task Force's steps to developing a damages tool of practical application.

During the afternoon session, participants and Task Force members divided into three working groups, focused on procedural, legal, and valuation issues, respectively. Participants were invited to provide their views on the subjects addressed by the Task Force members during the morning presentation, to identify areas of consensus, and to suggest topics of focus for the Task Force’s future work. At the end of the afternoon session, each working group provided a short report on their discussions, including preliminary findings.

During his closing remarks, ICCA President Donald Donovan said, "What a productive day... There's nothing like sitting across the table and having active, immediate engagement on these issues." 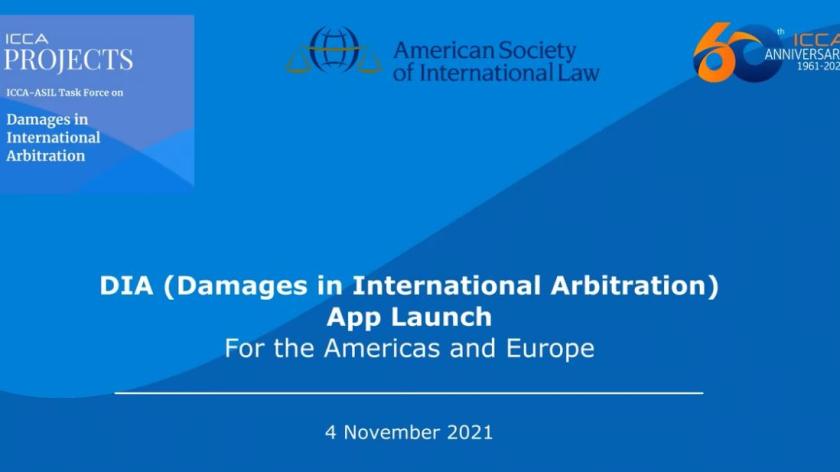 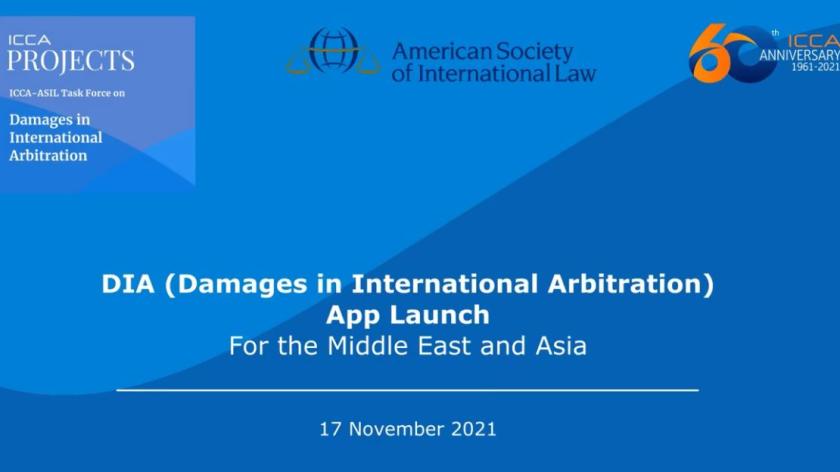 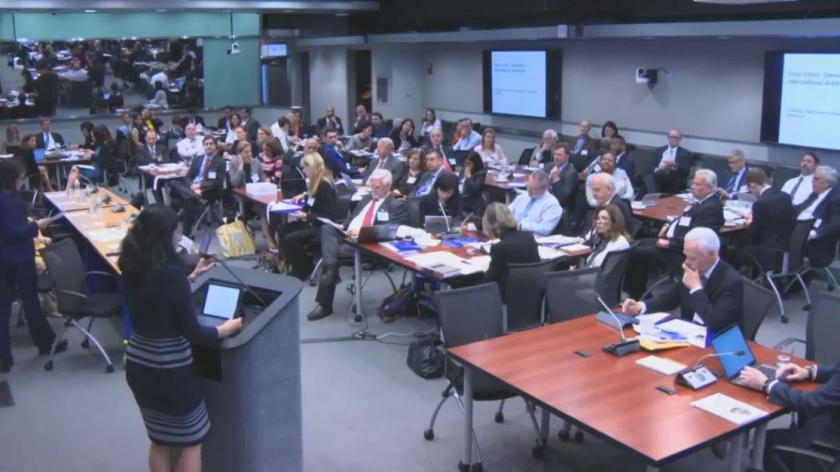 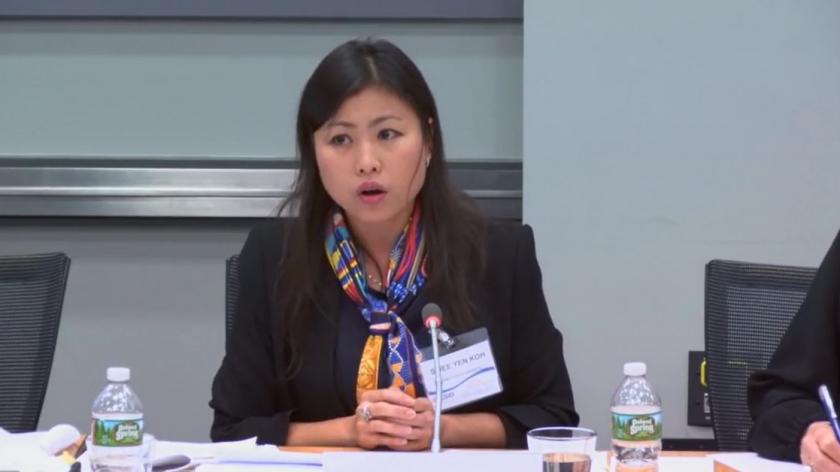 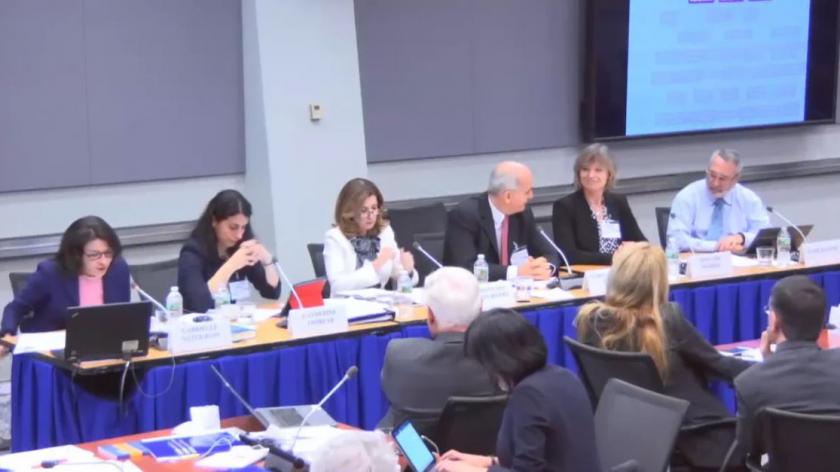 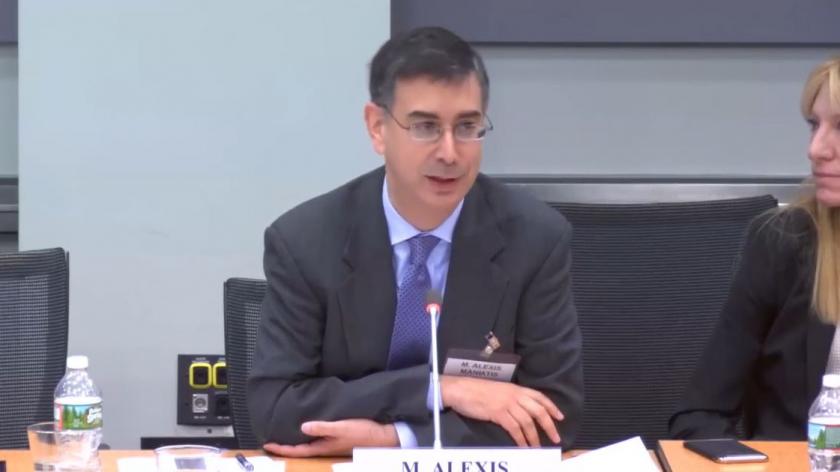 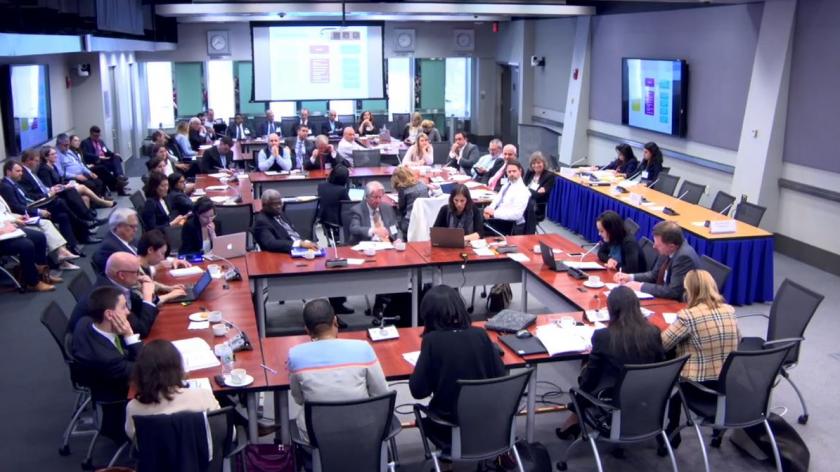 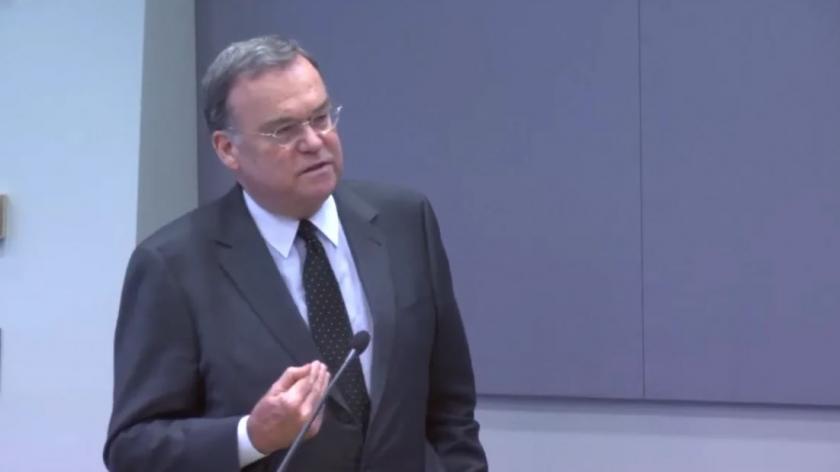 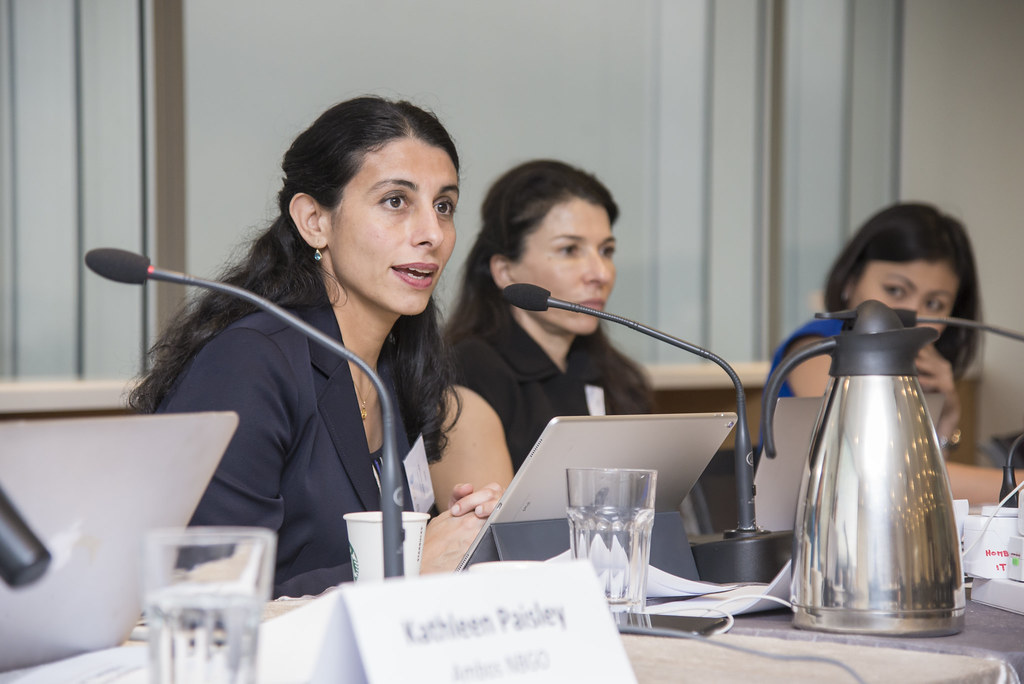 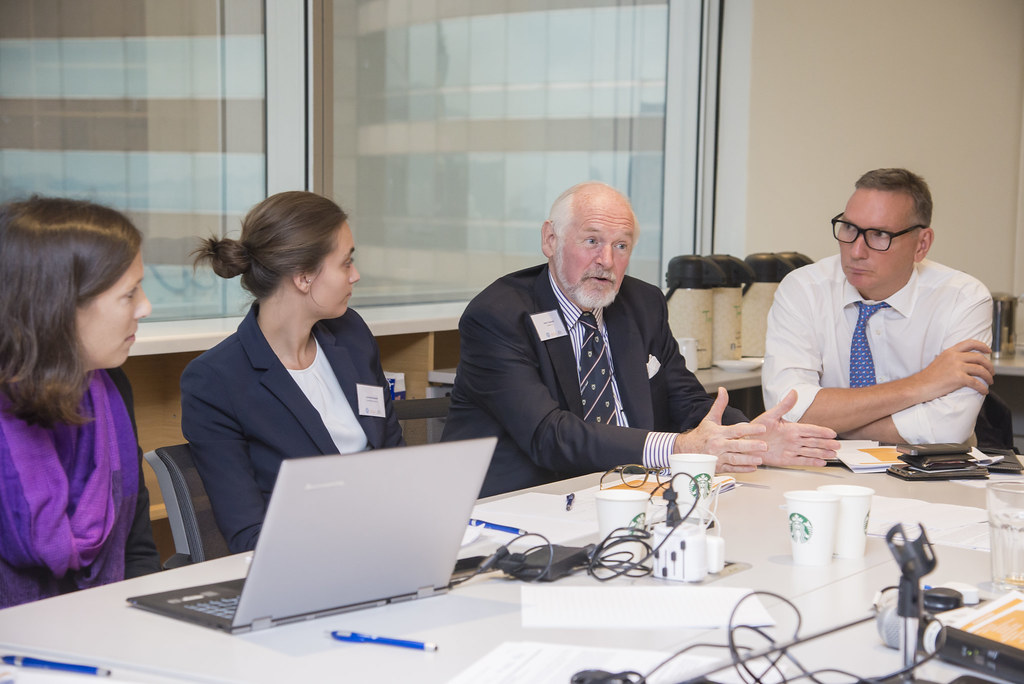 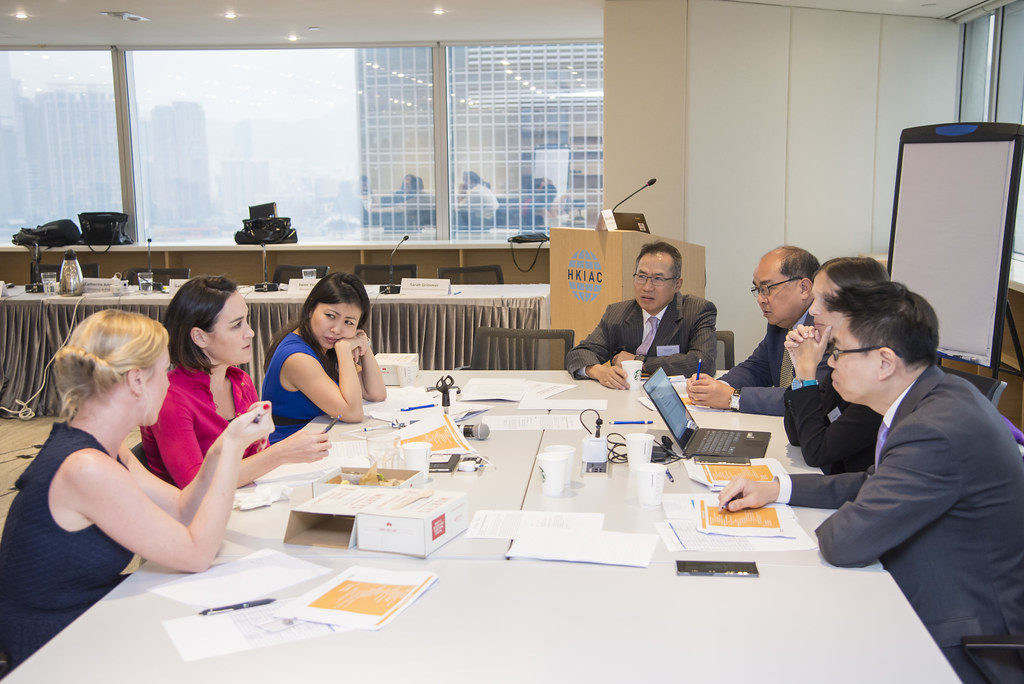 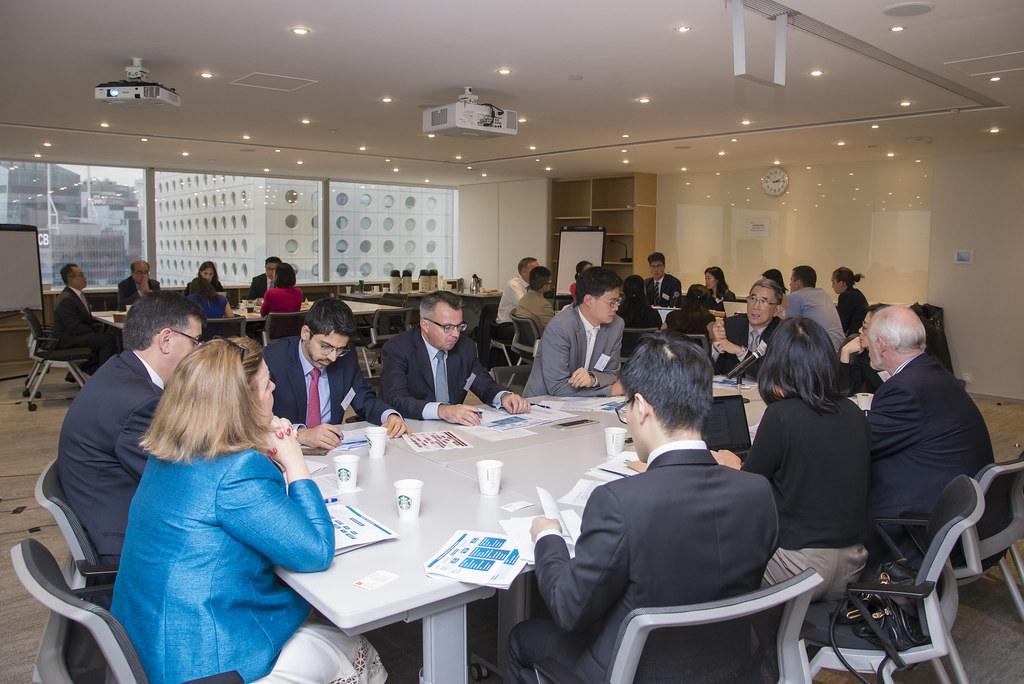 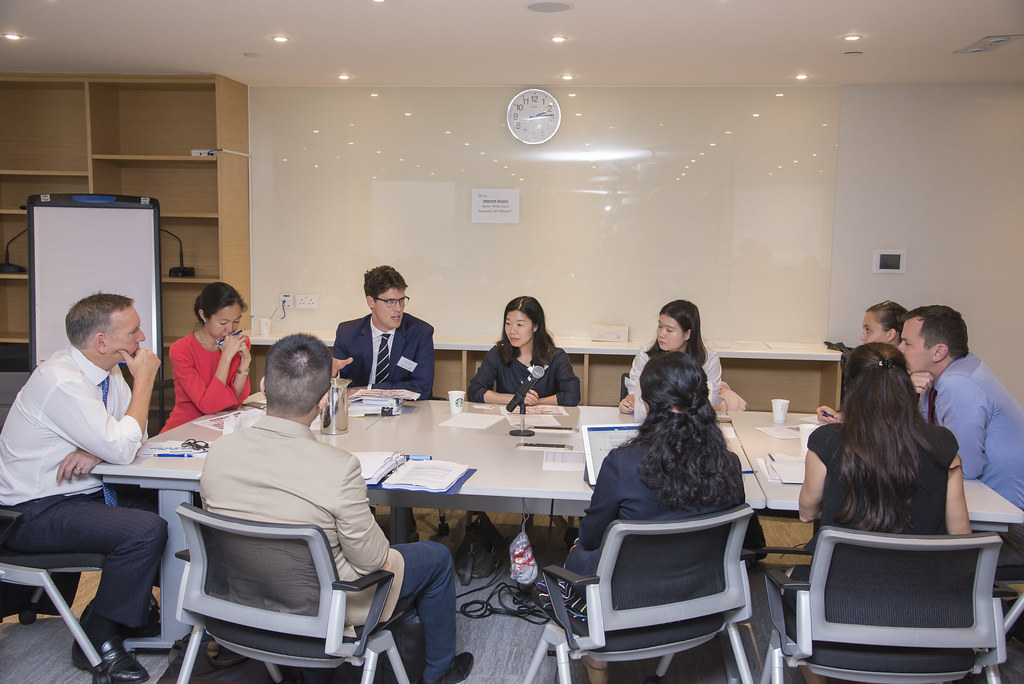 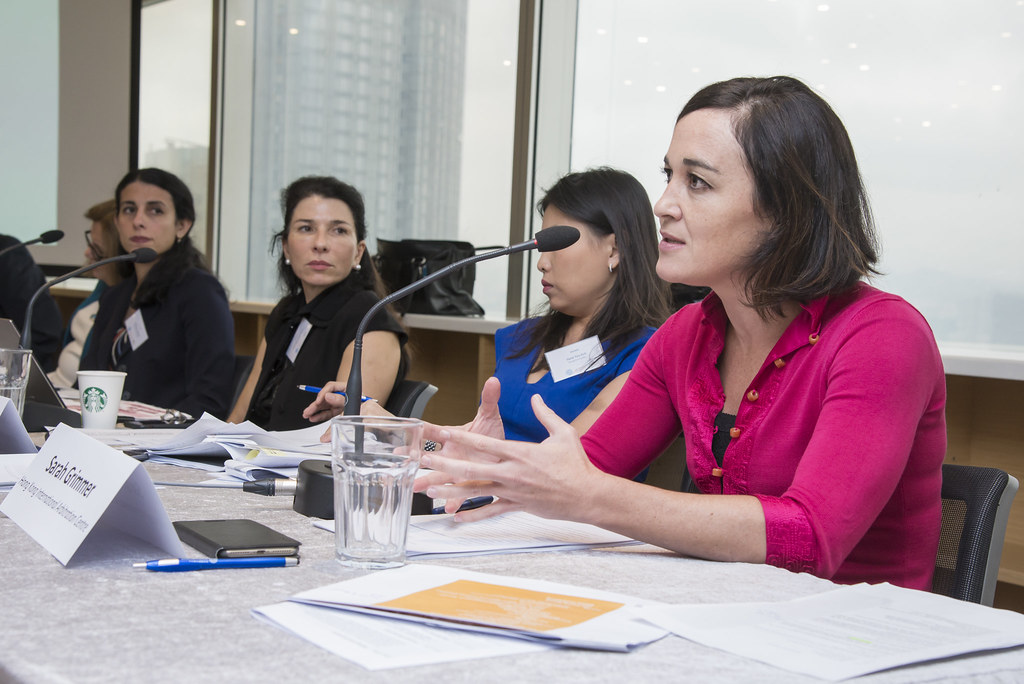 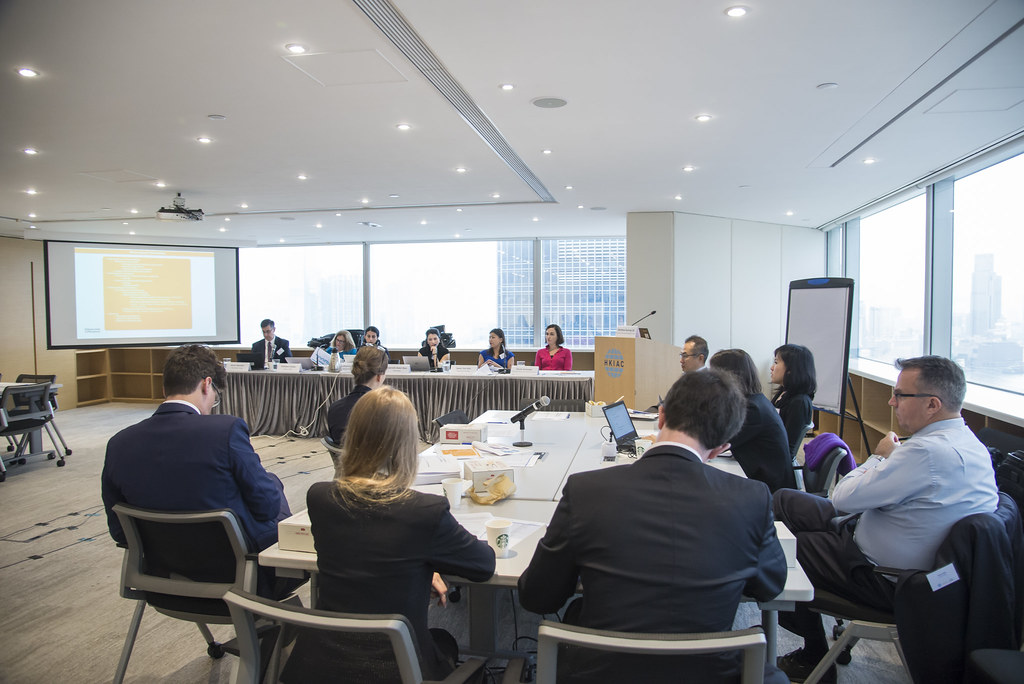 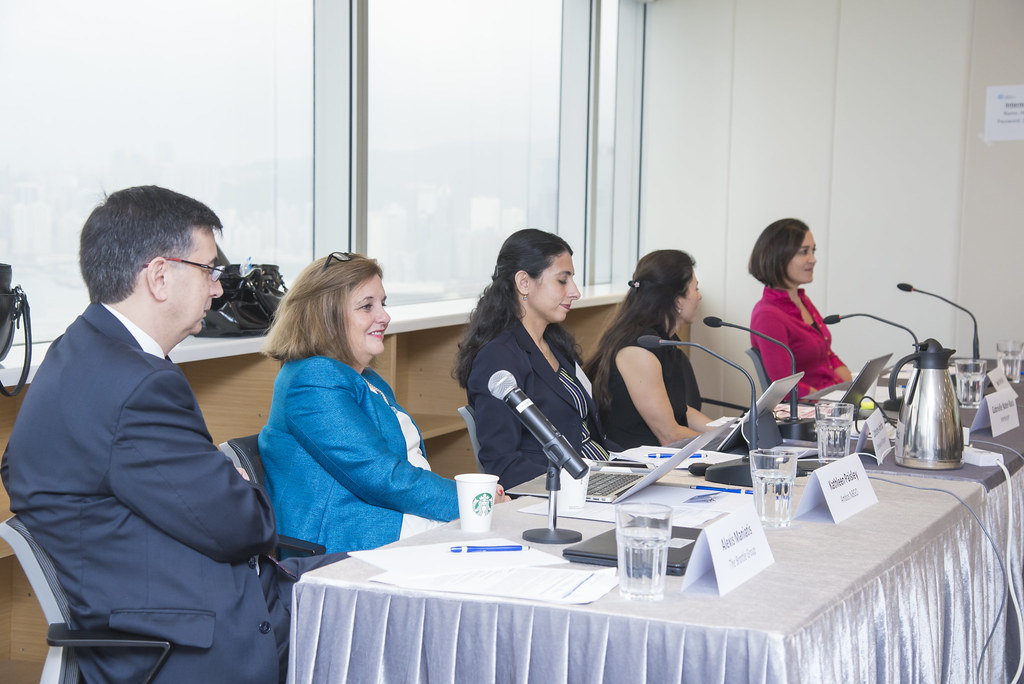 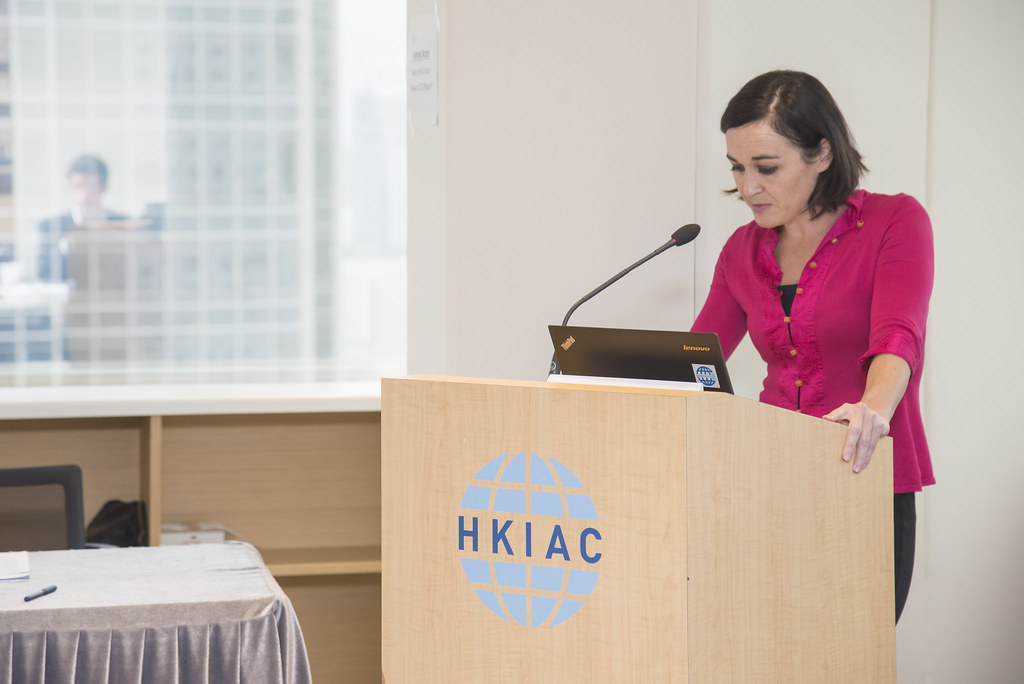 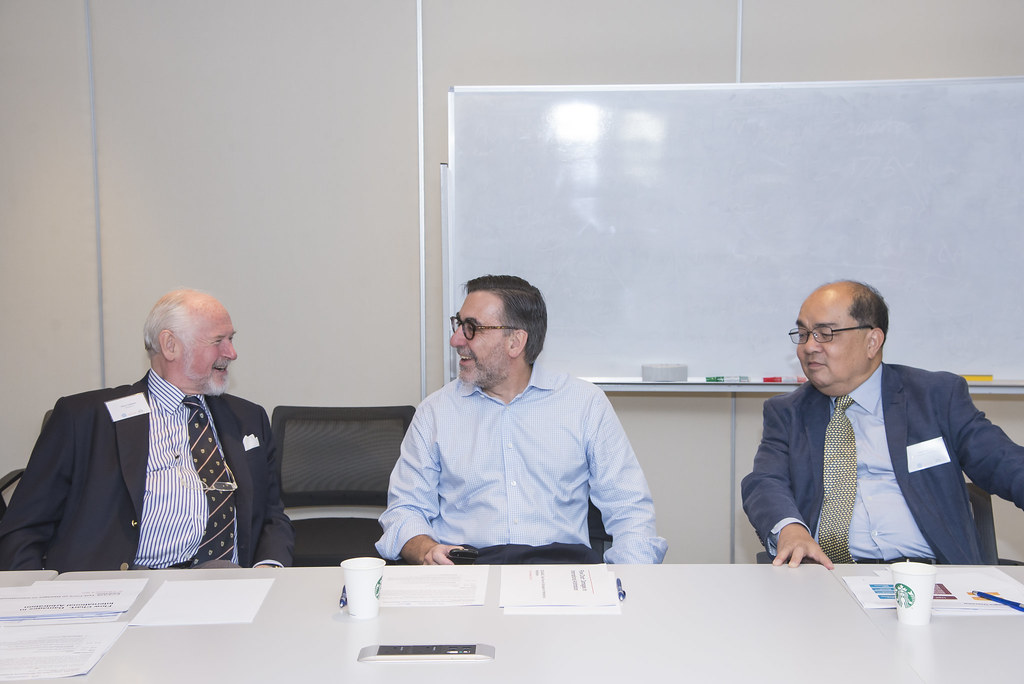 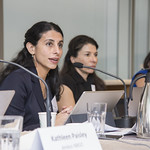 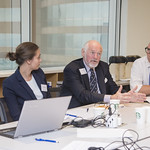 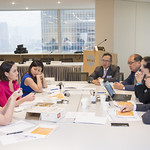 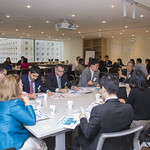 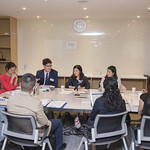 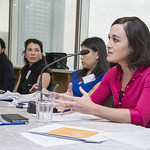 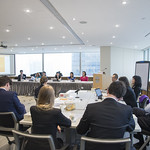 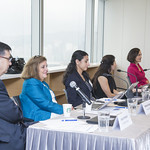 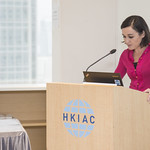 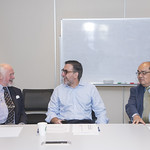