As part of ICCA’s 60th Anniversary celebrations, we are pleased to invite you to attend a webinar on the project, “Does a Right to a Physical Hearing Exist in International Arbitration?”. The event will take place on Tuesday 7 December 2021 at 15:30 CET (09:30 EST/ 14:30 UTC).

Since the project launch in September 2020, Co-editors James Hosking, Yasmine Lahlou and Giacomo Rojas Elgueta, with the help of national reporters across the globe, have published a comparative survey from some 78 New York Convention jurisdictions. Following the publication of the survey, a general report is being prepared which will include the Co-editors’ analysis of the findings from the survey as well a series of essays addressing the interplay between remote hearings and key conceptual issues in international arbitration.

In this webinar, the Co-editors will discuss the key findings and global trends they have identified. Wendy Miles QC of Twenty Essex will moderate the 7 December event, with opening remarks from ICCA Treasurer Prof. Mohamed Abdel Wahab. 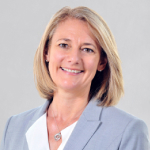 Wendy is a specialist in international arbitration and dispute resolution with a focus on private and public international law. She brings over 25 years of experience across numerous sectors and has particular expertise in climate change and finance. Clients include multinationals, including corporates, sovereign States and State entities and multilateral State organisations. She accepts arbitral appointments ad hoc and under most major arbitral institutions. She has sat as arbitrator since 2005, as sole, co-arbitrator and chair under most major arbitral institutions and is on the ICSID Panel of arbitrators and ICSID Panel of conciliators. 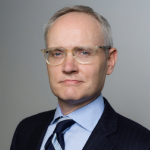 James Hosking is a Founding Partner at Chaffetz Lindsey, with over 25 years of international dispute resolution experience. A recognized expert in international commercial and investment arbitration, James has been counsel in more than 100 arbitrations, with cases heard under the auspices of the ICC, AAA/ICDR, LCIA, HKIAC, SIAC, SCC, ICSID and ad hoc arbitrations under the UNCITRAL Rules. He has also sat in more than 40 arbitrations—as chairperson, sole arbitrator, co-arbitrator and emergency arbitrator—involving some 18 jurisdictions. In addition to this, James regularly speaks and publishes on international arbitration, and is involved in leadership roles within notable arbitration institutions, including as Co-Chair of the ICC Commission’s Task Force on Emergency Arbitrator Proceedings, and as one of the drafters of the amended ICDR International Arbitration Rules. 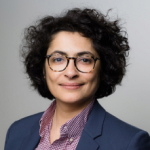 Yasmine Lahlou, who speaks fluent English, French and Italian, has over 20 years of experience of international arbitration and litigation. Initially trained in Paris and admitted in New York and Paris, Yasmine is experienced in civil and common law systems and understands the practical and cultural differences presented in cross-border disputes. Yasmine has represented clients in arbitration proceedings conducted under the ICC, ICDR, SCC, LCIA, UNCITRAL and ad hoc rules, as well as in award enforcement and section 1782 proceedings. She has particular experience in construction, pharmaceutical, aerospace, telecommunications and energy disputes involving both private and sovereign parties. She has acted as a sole and co-arbitrator in ICC and Stockholm Chamber of Commerce (SCC) arbitrations. 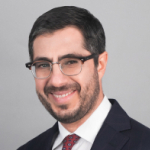 Giacomo Rojas Elgueta is a Professor of Private Law at the Roma Tre University School of Law (Rome, Italy). In 2008 he received an LLM with distinction from the University of Pennsylvania Law School, where in 2014 he also earned an SJD degree (Doctor of Juridical Science). He is a founding partner of D|R Arbitration & Litigation and Co-director of the Certificate in International Commercial and Investment Arbitration. Prof. Rojas Elgueta is actively involved in commercial and investment arbitration as counsel, expert witness and arbitrator. He has been appointed by the Italian Republic as expert witness in three investment arbitration proceedings under the rules of ICSID and SCC, and he has acted as expert on Italian law before U.S. state and federal courts. He is admitted to the Rome, Italy (2004) and New York Bar (2010).

Registration: Prior registration is required and limited spots are available. Participants will be confirmed on a first come first served basis.