As part of ICCA’s 60th Anniversary celebrations, we are pleased to invite you to attend a webinar on "The Guidelines on Standards of Practice in International Arbitration", scheduled to take place on Tuesday 12 October at 16:00 CEST.

The webinar will be moderated by Abby Cohen Smutny and Prof. Dr. Guido S. Tawil, Co-Chairs of the ICCA Task Force on Standards of Practice in International Arbitration, with opening remarks from ICCA President Lucy Reed.

“I look forward to participating in this webinar explaining the background, scope and practical application of the Guidelines on Standards of Practice in International Arbitration”, says Lucy Reed. “In the few short months since the Guidelines were launched, they have been the subject of much discussion among arbitrators and counsel. Prepared by a diverse group of practitioners, the goal of the Guidelines is to set out the basic common expectations for civility in international arbitration.”

On the panel will be the following Task Force members:

Prof. Dr. Guido S. Tawil is an Independent Arbitrator, Co-Chair of ICCA's Task Force on Standards of Practice, member of ICCA's Advisory Board and Nominations Committee, of SIAC's Court of Arbitration, of the ICC´s Latin American Arbitration Group and Co-Chair of the Latin American Arbitration Association (ALARB) Observatory on the Status of Arbitration. He is a former Chair Professor of Administrative Law at the University of Buenos Aires and Senior Partner at Bomchil in Buenos Aires. He is a Founding Member and Past Chair of ALARB, Past Co-Chair of the IBA´s Arbitration Committee and Latin American Fora; Past Council member of the IBA´s Legal Practice Division, Past Court Member of the LCIA, of the Institute for Transnational Arbitration (ITA) Academic Council and of the ICC Institute of World Business Law. 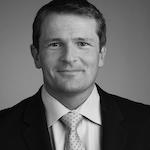 Christian is the US Head of International Arbitration and co-head of Herbert Smith Freehills’ Latin America group. He specializes in international commercial and investment arbitration. He is New York and English law qualified (based full time in New York). He has acted for and advised individuals, corporations and sovereign states in cases arising from all major industry sectors, including under the rules of the ICC, ICSID, LCIA, AAA (ICDR), CAS and UNCITRAL, as well as having litigation experience in the UK, US and overseas. Christian regularly appears as an advocate before arbitral tribunals in many different jurisdictions in both English and Spanish. He also frequently lectures on international arbitration, and served as adjunct professor at New York University School of Law, as well as a visiting professor at the University of Pennsylvania School of Law.

Martina Polasek is Deputy Secretary-General at the International Centre for Settlement of Investment Disputes (ICSID). Ms. Polasek joined ICSID in September 2001 and has served as secretary of tribunals in over 50 arbitrations under the ICSID Convention, the ICSID Additional Facility Rules and the United Nations Commission on International Trade Law Rules. She has also served as committee secretary in numerous annulment proceedings. She has published numerous papers on ICSID case law and practice and regularly speaks at conferences. Before joining ICSID, she worked as an attorney with the law firms of Jeantet & Associés, Paris and White & Case LLP, Prague, focusing on international arbitration. Ms. Polasek holds degrees from The George Washington University Law School (LL.M.), University of Paris V – René Descartes (D.E.S.S.) and University of Gothenburg (Master of Laws). She is admitted to practice law in Washington, D.C.