As part of ICCA’s 60th Anniversary celebrations, we are pleased to invite you to attend the soft launch of DIA (Damages in International Arbitration), a web application that is designed to assist arbitrators and practitioners in developing a consistent and rigorous approach to damages in international arbitration. DIA has been developed by the ICCA-ASIL Task Force on Damages, a panel of leading legal and economics experts from jurisdictions across the globe.

The 4 November event will be introduced by ICCA President Lucy Reed and moderated by Hilary Heilbron and Mark Kantor. Task Force Co-chairs, Catherine Amirfar and Gabrielle Nater-Bass will also speak and demonstrations will be provided by Aasiya Glover and Justin Rassi.

In order to accommodate the global community, the Task Force will host two webinars to launch the app. If you would rather join us on 17 November 2021 at 6.30pm Singapore/HK Time / 11:30am CET (Central European Time) / 5.30am EST (Eastern Standard Time), please click here. 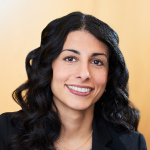 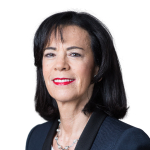 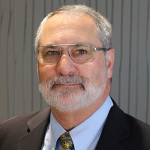 Mark Kantor is a retired partner of Milbank, Tweed, Hadley & McCloy (now Milbank LLC), an international arbitrator in investment and commercial disputes, Adjunct Professor at the Georgetown University Law Center and Editor-in-Chief of the online journal Transnational Dispute Management.  He is currently a member of the World Bank Group Sanctions Board (term ending Fall 2021).  He is a former member of the American Arbitration Association Board of Directors and the Council of the American Arbitration Association, and former Chair of the DC Bar International Investment Committee and the DC Bar International Dispute Resolution Committee.  He has authored numerous works, including Reports of Overseas Private Investment Corporation Determinations (eds. Mark Kantor, Michael D. Nolan and Karl P. Sauvant), Valuation for Arbitration: Compensation Standards, Valuation Methods and Expert Evidence (OGEMID Best Book 2008) and “A Code of Conduct for Party-Appointed Experts in International Arbitration – Can One be Found?” 26 Arbitration International 323 (2010) (OGEMID Best International Dispute Resolution Article 2010).  More information at www.mark-kantor.com. 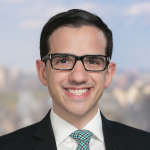 Justin R. Rassi is a member of the International Dispute Resolution Group at Debevoise & Plimpton LLP, resident in New York. He has a broad-gauged practice that focuses on international arbitration and international litigation.  Mr. Rassi has particular experience in mining, natural resources, and contract disputes arising out of Australia, Africa, Asia, and the Pacific.  He regularly advises clients on complex damages issues and leverages a degree in finance to work seamlessly with valuation experts.  Mr. Rassi currently serves as a rapporteur to the ICCA-ASIL Task Force on Damages in International Arbitration and is serving a two-year term from 2021-2022 on the Young Singapore International Arbitration Centre (YSIAC) Committee.  Before joining Debevoise in 2016, Mr. Rassi clerked for the Hon. Justice V.M. Bell AC of the High Court of Australia, practiced in the dispute resolution group of a leading international law firm in Australia, and taught tort law at the Australian National University. 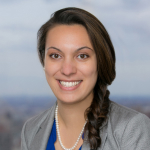