ICCA is pleased to announce that Professor Julian Arato is the recipient of the inaugural ICCA-Guillermo Aguilar-Alvarez Memorial Prize.

The Prize was established in 2019 in memory of former ICCA Governing Board Member Guillermo Aguilar-Alvarez, and will be awarded every second year during an ICCA Congress to the individual under 40 who has written the best published work on international arbitration, conciliation or other forms of dispute settlement over the past two years.

Prof. Arato’s paper entitled ‘The Private Law Critique of International Investment Law’ was published in the American Journal of International Law in 2019 and was selected by an independent advisory committee as the winning essay out of some 55 entries.

After receiving many high quality entries for the Prize, the advisory committee selected an additional 3 essays for an honourable mention. These honourable mentions were awarded to: Julio César Betancourt for ‘Damages for Breach of an International Arbitration Agreement Under English Arbitration Law’; Benjamin Hayward for ‘Paying attention to choice of law in international commercial arbitration - or - why the conflict of laws always matters’ and Jarrod Hepburn for ‘Domestic Investment Statutes in International Law’.

The announcement of the inaugural Prize winner took place at a special ceremony held during the September 2022 ICCA Congress in Edinburgh honouring Guillermo Aguilar-Alvarez and thanking Prize organizers and donors for their generous support. For more details about the Prize, click here.

The Second Edition of the ICCA-Guillermo Aguilar-Alvarez Memorial Prize will soon open for entries and will be announced at the 2024 ICCA Congress in Hong Kong. Watch this space. 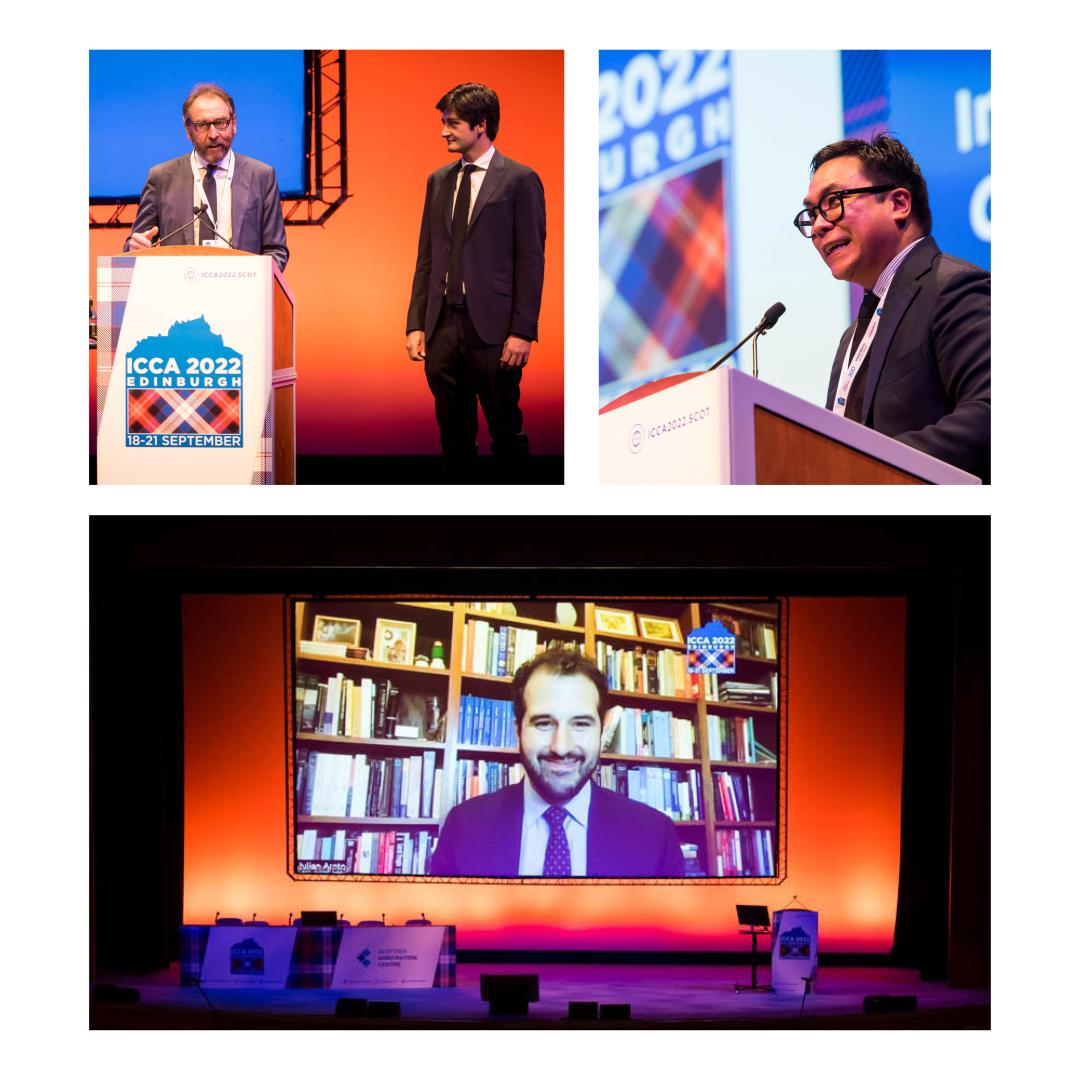 ICCA is pleased to announce that the ICCA Johnny Veeder Fellowship Programme is open for applications for the inaugural 2022-2023 cycle with a deadline of 31 March 2023.

Now available: the Azerbaijani translation of ICCA's Guide to the 1958 New York Convention

The Inclusion Fund, launched in May this year, is an initiative established to support engagement in ICCA activities, forming part of ICCA's work on diversity and inclusion.
View all news