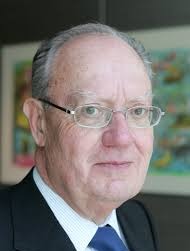 It is with great sadness that we report that Chilean Arbitrator and ICCA Advisory Board Member Francisco Orrego Vicuña passed away on 2 October 2018.

﻿Francisco was a member of the ICCA Council and later the ICCA Governing Board from 2006, and has been a long-term colleague and friend to many of us over the years.

A prolific international arbitrator and highly regarded academic, Francisco served as arbitrator in nearly 40 arbitrations at ICSID and other treaty and commercial cases, often as tribunal president, and was renowned for promoting study and discussion of international relations in his home country, Chile.

He is remembered for presiding over seminal ICSID cases such as Fedax v Venezuela – the first claim at the centre against a Latin American state and an early authority on what constitutes an investment – and Maffezini v Spain, which set out the limits of most-favoured nation clauses; as well as Joy Mining v Egypt, Wena Hotels v Egypt, PSEG v Turkeyand  Rusoro v Venezuela among many others.

We remember with gratitude his valuable and insightful contributions to ICCA’s work and discussions, and are grateful for his commitment and efforts in popularising ICCA’s work in Latin America. We extend our condolences to his family.﻿﻿

The full programme for ICCA Edinburgh 2022 is now available. Dedicated to the theme “Arbitration’s Age of Enlightenment?”, the programme covers a wide range of topics relevant to international commercial and investment arbitration.

ICCA is pleased to support the Karl-Heinz Böckstiegel Foundation, offering financial assistance to young arbitration academics to attend the ICCA Congress in Edinburgh in September 2022.

ICCA is pleased to announce that its Inclusion Fund is now accepting applications for funding to attend the ICCA Congress in Edinburgh in September 2022.
View all news